Expanding Into the Acquiring Market Through a Multi-Cloud Approach

C6 Bank, one of the fastest-growing full-service digital banks in Brazil with more than 1,600 employees and more than 7 million customers, was looking to innovate and expand into the acquiring market. C6 decided to take an innovative approach when upgrading its platform and opted for a multi-cloud deployment for this migration project. Although it faced challenges that included migrating its customer base along with its large transactional volumes, C6 can now experience the full benefits offered by the cloud, including increased speed, scalability and flexibility.

In 2018, C6 Bank acquired PayGo, the second-largest electronic funds transfer (EFT) processor in the region — this system connects storefront systems to payment networks, directing the acquirer to offer the most favorable terms and conditions for merchants. This acquisition offered C6 greater access to mid-size businesses, as PayGo already had its own merchant customers. C6 was also seeking to become a branchless bank, which would allow it to forego transaction fees and offer lower interest rates to better compete with top banks in the market.

As a result of its PayGo acquisition, C6 needed to launch a full-acquiring operation in Brazil that included five full-acquiring card brands (Mastercard, HiperCard, Visa, ELO and Amex) and three meal voucher card brands (Alelo, Ticket and Sodexo). C6 Bank also had to update its platform to gain the independence of not having to rely on a processor, offer better transactional fees and expand its customer base.

Lastly, C6 had to face the challenges of being one of the largest acquirers in the country: ensuring scalability, security and speed, especially during high peak season volumes. With a modernized platform that met its scalability and speed needs, C6 could focus on new opportunities, such as developing more products.

C6 signed with ACI Worldwide for the development and implementation of the project in the cloud. Consequently, the bank leveraged the already existing and strong partnership between ACI and Microsoft Azure.

C6 chose to have a multi-cloud approach in this project so that they could leverage the benefits of the cloud, including faster implementation and flexible architecture. By using the scalability that the cloud offers, C6 wouldn’t have to worry about hiring and spending on extra hardware every time a high-volume peak was coming. C6 realized that the cloud also brought a lot of innovation, as the extra speed would allow them to develop and launch new products, among other things.

C6 chose to implement the full ACI Acquiring solution with ACI Fraud Management to migrate to a stable and secure platform that could support its high transaction volumes at the speed needed. Both solutions were deployed in a cloud-based system through Microsoft Azure and all customizations were developed for the local market. 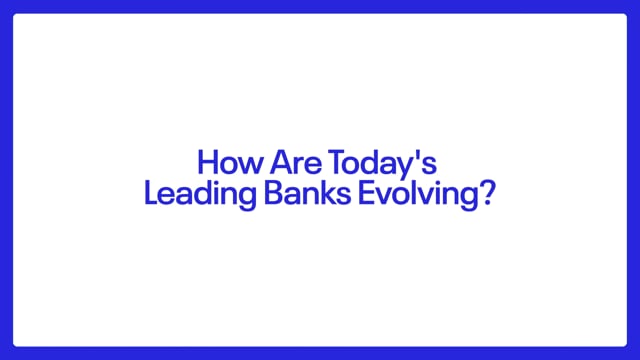 Electronic Payments are on the rise and Banks globally are facing cost to income ratio
challenges underpinned by increasing regulation, shrinking margins and ever-changing consumer demands.

So why are today’s leading banks increasingly moving to their acquiring solutions to the cloud?

The initial go-live was a success, as the first transaction run through this new system was approved on the first try. After the full migration of their system, the processing time for each transaction was reduced from six seconds to three.

C6 can now offer faster onboarding to its merchants, as the end-to-end testing takes just days instead of weeks. This translates to C6 offering a better user experience to its customers, as they can be up and running faster than ever and focus on what matters to them — selling.

C6 has also gained greater independence from software providers and processors, allowing the bank to innovate and create new products without the need to initiate a new project or SLA from outside vendors.

C6 Bank was founded in 2018 and started operating in 2019 once the Central Bank of Brazil granted its operating license. Since its launch, C6 Bank is one of the fastest-growing digital banks in the South American country, with more than ten million customers on its digital platform and a workforce of more than 1,600 employees. They differentiate themselves from other traditional banks by offering a fully digital banking model: digital account, credit card, investments and more.