In the first blog post of our new series on “Buy Now Pay Later” (BNPL), we looked at the phenomenal growth of this payment method and the value it can deliver to merchants. With such strong appeal to digital natives, eCommerce merchants can little afford to ignore the potential sales uplift of BNPL.

Of course, there are a range of providers available, and it makes no sense to integrate every single one, so merchants need to understand the nuances of each before choosing which to offer.

In the next few blog posts, we’ll explore some of the leading providers of BNPL services. With credit card usage forecast to decline over the next three years by 31 percent, and BNPL usage expected to increase by 39 percent, it’s essential to identify which provider is the best fit.

We’ll start with one of the first big successes in the BNPL space: Klarna.

Formed in 2005 in Sweden, Klarna has experienced explosive growth and is leading the BNPL space. In 2020, it grew 46 percent to reach $53 billion in gross merchandise volume. And it is now processing around two million transactions a day, supporting 90 million shoppers through 250,000 merchants (including 78,000 retailers that are live with in-store) across 17 countries.

Klarna has developed 3 options for shoppers, giving them flexibility, purchasing power and control over how they pay. For small to mid-value purchases, Klarna offers a “Pay in 3 Instalments” option in the EU and a “Pay in 4 Instalments” option in the U.S. and Australia, where customers can spread the cost of their orders. They also offer a straightforward “Pay Later” option where shoppers can try before they buy, with 14 or 30 days to complete payment. If they pay within 30 days, there are no fees or interest to pay.

There is also a financing option, where customers apply in-app or online, and get an instant credit decision before completing the purchase. This is more like a traditional credit arrangement (the customer can spread the payments over 6-36 monthly instalments, which may or may not subject to interest).

The service is available in several European countries including the U.K., Germany, Netherlands, Switzerland, Belgium, Sweden, Austria, Norway, Finland, Denmark, Spain, Italy and France. Beyond European, it is also active in the U.S., Canada and Australia, and is soon to be live in New Zealand, Portugal and Ireland.

Merchants receive their payments up-front from Klarna, which then takes responsibility for collecting payments from customers. This means that the risk of fraud costs or chargebacks for purchases made through Klarna are not the merchant’s responsibility to bear.

The Klarna App and the Klarna Shop Directory give shoppers easy visibility into the latest deals and the ability to shop directly with any participating online retailer, allowing shoppers to browse curated “wish lists” or create their own collections. The feature launched in 2020 and has 10 million collected items to date.

From a merchant perspective, Klarna On-Site Messaging is also a useful tool, since it allows merchants to promote tailored messaging and show customers available Klarna payment plans while they are still shopping.

It is worth noting that Klarna’s unique brand campaigns and its activity around partnering with global household personalities, such as Lady Gaga and Snoop Dogg, generate considerable engagement with shoppers. Their recent Super Bowl campaign in the U.S. featuring Maya Rudolph garnered 6 billion press views alone.

Klarna is also making headway in retail stores with their ability to offer personalized customer journeys and in-store messaging for a true omni-channel shopping experience.

While Klarna was first introduced and widely adopted in Europe, its adoption in the U.S. has been more rapid. It is now the biggest BNPL provider in the region, having doubled its U.S. customers to 11 million over the past year, including 2 million monthly active users. Many U.S. customers are millennials and Gen Zers who are traditionally credit card averse. In fact, 57 percent of millennials do not have credit cards.  And with 24 of the top 100 merchants in the U.S. already offering Klarna, now is a great time to get set up.

Integrating Klarna into ACI Secure eCommerce is a quick and easy process. Check out this video on how this is done. 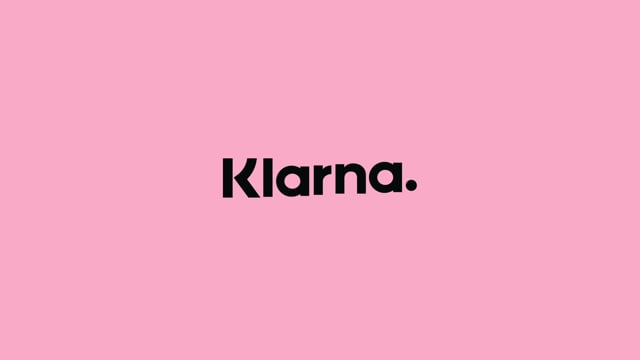 Klarna is offered through ACI Secure eCommerce, and ACI experts have deep market knowledge to help merchants get set up with the right mix of BNPL providers for their business.

Marc-Christian Maibach is a Senior Product Manager with responsibility for the ACI Secure eCommerce solution. His role is to define and develop ACI‘s eCommerce tools, platforms and value-added products to create value for merchant and PSP customers.

What Will 2020 Bring for Payments in Latin America?