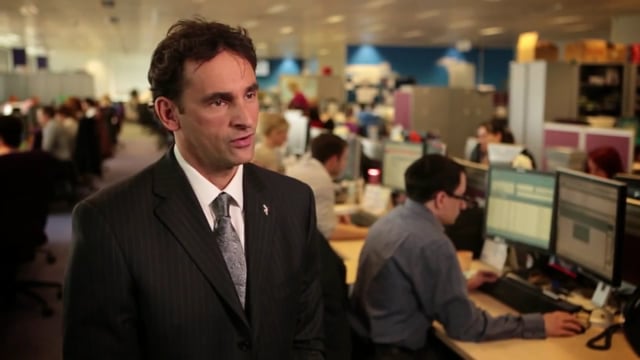 Nationwide’s fight against card fraud has been recognized by Visa as “an incredible story” and puts ACI Worldwide at the forefront of card fraud detection.

In February 2009, Nationwide’s debit card fraud losses were the lowest for over four years and reversed the trend experienced by the industry of 18 percent year-on-year increases.

Nationwide has been awarded the Banking Technology Magazine Award for Best Use of IT in Retail Banking for its use of ACI Proactive Risk Manager in fraud prevention and detection. In addition, Nationwide’s fight against card fraud has been recognized by Visa as “an incredible story” and puts ACI Worldwide at the forefront of card fraud detection.

“Nationwide Building Society works hard to deliver on its core values of putting members first, rewarding relationships, inspiring trust, delivering great service and exceeding expectation. These values are behind our continual focus on minimizing the impact of fraudster activity on our customers. ACI Proactive Risk Manager, with its inherent flexibility, has enabled us to maintain that focus and plays a critical role in enabling us to live up to our values,” said John Verrechia, senior manager, fraud analytics at Nationwide Building Society.

John Verrechia: Nationwide Building Society is the world’s largest building society. We have around 50 million customers. We have assets in excess of 200 billion pounds. We offer products including current accounts, saving accounts, investment mortgage products, and we are mutually owned as opposed to public limited, so we’re owned by and for our members.
We had no in-house fraud detection solution prior to Proactive Risk Manager, and we felt that that offered the best option for us because it was a bolt on product direct onto our BASE24 Authorization System, and it could be installed fairly quickly and give immediate results.

Andrew Carter: ACI helped Nationwide stem these fraud losses with the original deployment of Proactive Risk Manager, and the speed and agility which they helped Nationwide reduce those losses was a critical success to us as an organization.

John Verrechia: Part of our detection strategy we utilized different blocking states values. These are non-standard values, and what they enable us to do is to single out particular types of fraud activity with no genuine impact. So we’re able to utilize that with our Proactive Risk Manager implementation to allow us to take a fairly aggressive stance in terms of fraud prevention.

Andrew Carter: Following the rollout of Proactive Risk Manager, we’ve been able to reduce the number of customers that have been falsely impacted by alerts by 50%.

John Verrechia: As part of the project, we set up an automated customer contact strategy, which allowed our customers to receive an automated call, respond immediately to that call, and get that card unlocked straightaway with no operator intervention.

Andrew Carter: The key benefits to Nationwide of Proactive Risk Manager was its speed of delivery, its flexibility, and its scalability to respond to the needs of our customers.

John Verrechia: In the last 3 years, we’ve seen a 75% reduction In card fraud losses. We’ve seen a 50% reduction in our customer impact, and we’ve also had no increase in our operational costs over that period.

John Verrechia: The key feature of PRM, from our point of view, is the inherent flexibility. It’s allowed us to implement and develop some sophisticated [storage] procedures and triggers and some internal tables that gives us a level of fraud detection that the standard [fraud] product doesn’t necessarily provide.

Andrew Carter: The award were so significant for Nationwide, with over 1,600 worldwide customers. It gave Nationwide the opportunity to showcase what we’ve actually achieved to as large an audience as possible. SUBSCRIBE HERE TO SEE MORE GREAT VIDEOS
► http://www.youtube.com/subscription_center?add_user=ACIWorldwide

Following the implementation of ACI Fraud Management for Banking, the fraud levels on Nationwide’s debit card fraud portfolio dropped by around 80 percent, with most fraudulent activity being stopped no later than the second transaction.

Fraud on UK-issued cards has been increasing steadily, and financial institutions are facing an ongoing battle to beat fraudsters whilst protecting their customers. Nationwide Building Society, like all other financial institutions, experienced the impact of the growing problem of fraud across the industry, especially concerning its debit card portfolio.

As such, Nationwide Building Society initially approached ACI to build a database of debit card transaction history to reduce debit card fraud. After the initial phase of the project was complete, it became clear that ACI Fraud Management for Banking would be able to deliver many more benefits for the building society in terms of detecting and preventing fraud.

ACI also assisted Nationwide in adding a real time feed to its fraud analysis system, allowing the team to deploy real-time rules that are able to decline transactions during the online authorization process. This element went live following a twelve-week project delivery.

In addition to providing the solution, ACI also provided project management, business consulting and technical assistance to Nationwide during the integration and implementation of the solution.

Following the implementation of ACI’s solution, the fraud levels on Nationwide’s debit card fraud portfolio dropped by around 80 percent.

Two months after implementation, Nationwide’s debit card fraud losses were the lowest for over four years and reversed the trend experienced by the industry of 18 percent year-on-year increases.

Nationwide has been awarded the Banking Technology Magazine Award for Best Use of IT in Retail Banking for its use of ACI’s solutions in fraud prevention and detection. In addition, Nationwide’s fight against card fraud has been recognized by Visa as “an incredible story” and puts ACI Worldwide at the forefront of card fraud detection.