Bank of New Zealand Addresses the Issue of Counterfeit Cards 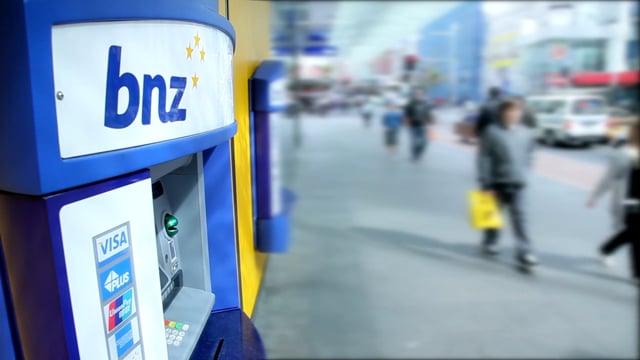 Stephen Mockett: I’m Stephen Mockett. I’m the Chief Operating Officer of the Bank of New Zealand. The Bank of New Zealand is New Zealand’s oldest bank. We turn 150 years old next year. We’ve got about 5,500 employees and about a million customers. We’re a whole-service bank: wholesale banking, business banking, and retail.
Underlying everything that the customers expect from us as a bank, of course, is some implicit expectation around the security of both their data and the transactions that they’re undertaking. That’s why we invest incredibly heavily in our fraud prevention competence. Credit card fraud is an issue that relates both to a monetary problem, but also a customer problem. If there is a compromise of their card, through it being cloned, one of the issues they face is the reissuing of their card. What we have set out to do is to protect our customers, not only in country, but perhaps even more importantly, from their cards being cloned and the negative experiences that means for them when they’re traveling overseas.
Michael Turner: My name is Michael Turner. I’m the Fraud Initiatives Manager for the Bank of New Zealand. I decided to have a look at solutions for counterfeit fraud. Everyone thought the chip was the answer, but I knew that many of these chips were going to be around for a long time. So I spent a lot of time studying the magnetic strip, how the fraudsters use it, and the technology behind it and that allowed me to come up with a solution.
Stephen Mockett: What we’ve invented with a liquid encryption numbering solution is a solution where, when a customer puts their credit card into one of our ATMs, the software on the ATM rewrites the last three numbers of the security code. What that means, of course, is if that customer’s card has been cloned or copied anywhere else, when a transaction is attempted with that cloned card, it will be denied.
Michael Turner: I spoke to some of the techos about it, and I drew some pictures and all that sort of stuff. We then identified all of the key components to make it work, and they were the ATM machines because you had to rewrite the data to the card, and the authorization system, because that’s going to be the approval or decline of the transaction, and very importantly the ACI tool, Proactive Risk Manager, because that’s seeing all the transactions all the time, and we can place rules in there to alert for any particular mismatches, any counterfeit that comes through. The ACI system, the way it’s set up and was already receiving all the information, it was very easy to use. There was very little work required, but the information we got out of it was very valuable.
Stephen Mockett: The Bank of New Zealand fraud team operate across a number of platforms, and the relationship with ACI, both across the BNZ businesses and across the NAB group, is very important for what we do.
Michael Turner: In terms of counterfeit, over the last year it’s dropped by 62%, so that’s been fantastic. We also had a really big uptake from our customers going back to the ATMs, especially when they’ve been overseas, when they’ve been traveling. It’s very simple to just go on and get a balance. So we had over 70% of our customers doing that. So it’s been absolutely fantastic.
Stephen Mockett: The beauty of the LEN solution is its simplicity and its elegance. From a customer point of view, the only thing required is a behavioral change, which is using your credit card in our ATMs more regularly. You don’t have to do anything more than a basic transaction or an account look- up, and, in the background, LEN is being applied to protect your data.


At 150 years old, the Bank of New Zealand has learned a thing or two about keeping its customers happy. Age has not withered it: instead it remains a lively source of innovation, and retains its commitment to ensuring that its 5,000 staff continue to provide exemplary service to its one million-plus customers.

The underlying customer expectation is the security of their data and their transactions. But like all banks, BNZ has to deal with the realities of modern fraud activity. Fortunately New Zealand has escaped the attentions of some of the more dedicated global criminal gangs, and the rate of fraud remains comparatively low compared to other advanced economies. But the country does have a real problem when it comes to counterfeit fraud.

Locking the Back Door

Pulling together members of the bank’s fraud team, Turner and his colleagues came up with a solution they called Liquid Encryption Number or LEN that changes the last three numbers on the magnetic stripe each time a card is used in one of the bank’s ATMs. When integrated into the ACI Fraud Management for Banking fraud management solution, the bank’s fraud analysts could identify the initial point of compromise and then identify all other affected customers without automatically blocking and reissuing cards.

Since introducing liquid encryption numbers, BNZ has seen up to a 75 percent drop in counterfeit card fraud. In conjunction with ACI Fraud Management for Banking, it has allowed the bank to offer its customers the highest levels of protection without inconveniencing them in any way.